Sit down with Jarvis

He goes by one name. Jarvis. He is the mind behind picture books like Mrs. Mole, I’m Home!, Alan’s Big Scary Teeth and Ready Set, Build!. And his impersonations of the characters he brings to life on paper are so wonderful in person that it’s hard to believe he has only been a picture book maker for three years. Nohely Gedeon meets him. 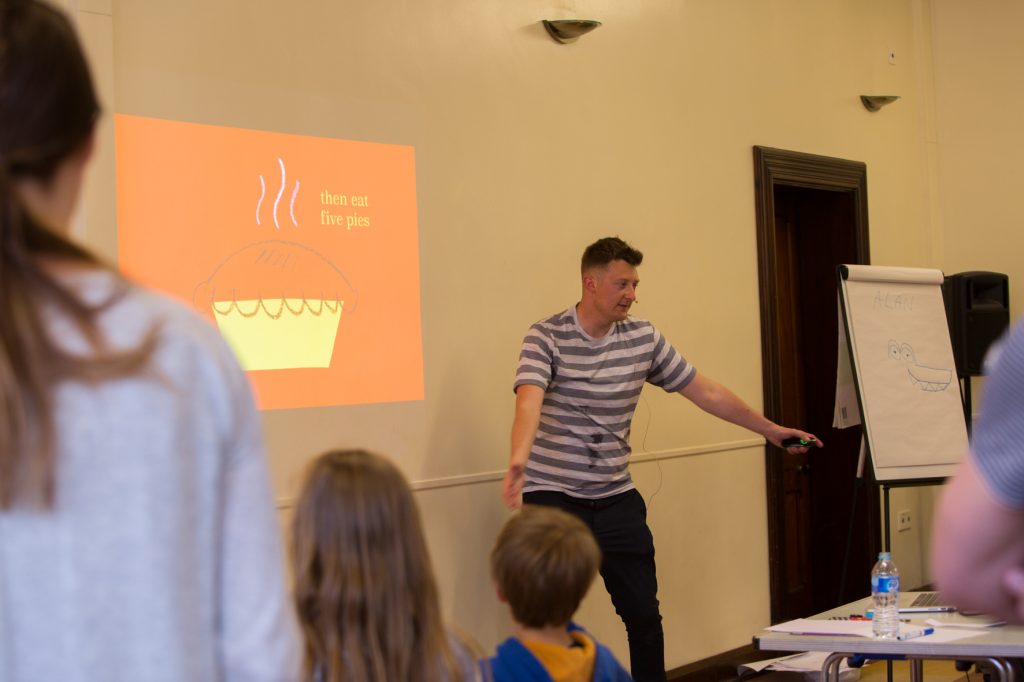 Jarvis explained he was always into creative things and trained in graphic design. “My first job was doing record covers for bands, like Nicole Scherzinger. I did Jamelia’s greatest hits.”

Making children’s books just happened, he said. “I was an animation director and I was coming up with stories that I thought worked really well as books. I had  a few at the same time and thought… these should be books. But I wasn’t an illustrator or a writer.”

Not all the ideas were winners, but he kept trying until one worked out. “The first ideas I had were terrible. Keep throwing stuff at the wall,” he advised. “Something will stick.”

Jarvis doesn’t have any kids himself. “I think it’s just mainly pleasing me and then if the kids like it’s great! I feel like I’ve got a childish sense of humor anyway, so I just think some kids will like it. You find out when you do these events if it’s any good.”

It’s an odd experience creating children’s books, he says. “Mainly you’re locked away in your room or your studio doing work on your own. You go from months and months of just slaving away at some pictures to someone going right, now get in front of a hundred kids!”

But he enjoys it, and is currently working on a book called Tropical Terry. 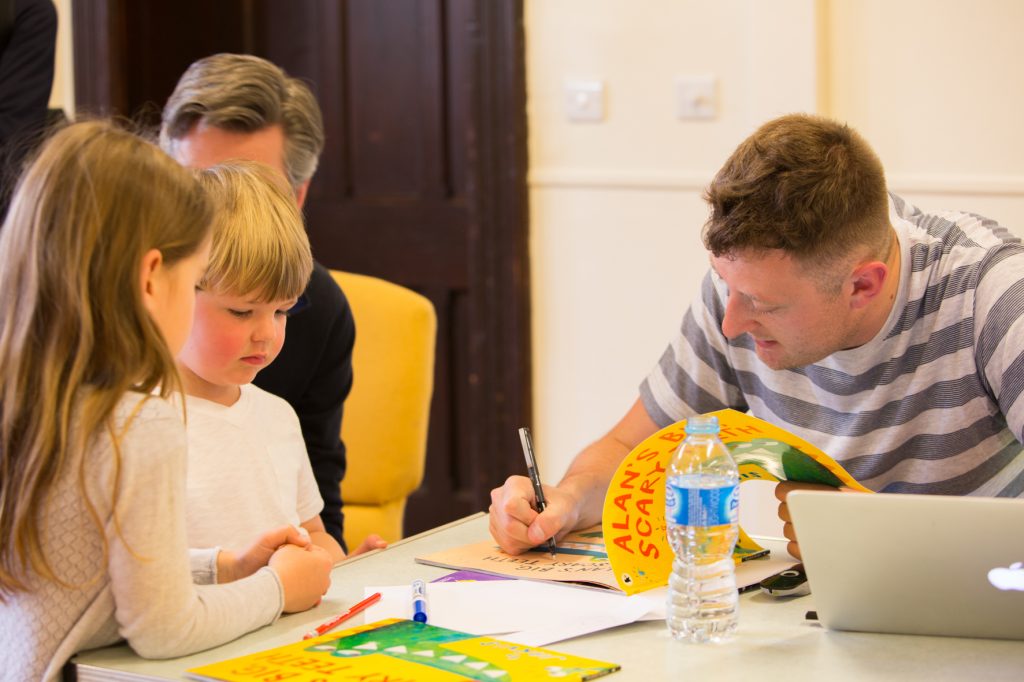 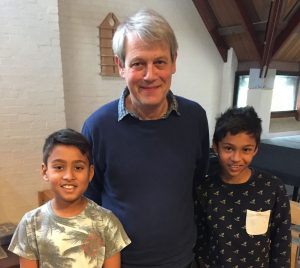 A Stick Man comes to life 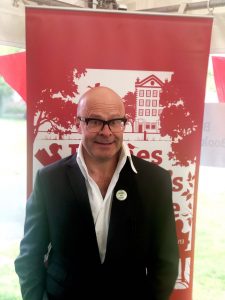 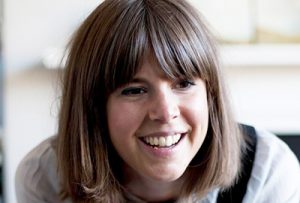 Lisa Stickley: On Books and Blancmange