By The BCLF Team

Everybody in Barnes was saddened by the passing of Judith Kerr on 22 May 2019. The children’s literature legend fell ill a few days before her annual appearance at the Festival and died shortly after, just a couple of weeks before her 96th birthday.

Judith Kerr was one of the UK’s most beloved children’s authors, selling more than five million copies of The Tiger Who Came to Tea alone, her Mog the Cat series and so many other favourites. She lived and worked in Barnes for more than sixty years after arriving in London as a child having escaped Nazi Germany, an experience she described in her novel When Hitler Stole Pink Rabbit.

Since then we’ve been working towards creating a permanent memorial to Judith as part of the event every year so from 2020 we’re moving to the weekend of her birthday, Saturday 13 and Sunday 14 June. This year’s programme will feature some very special sessions celebrating Judith’s books including the 50th anniversary of Mog, the nation’s favourite family cat. 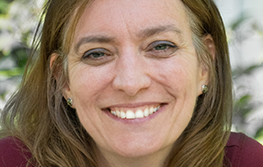 Queen of fantasy Cornelia Funke on doing it her way

The World of Norm… and Tractors by Jonathan Meres