The illustrator and author gives a cheeky insight into his brilliant books.

Charming storyteller and illustrator, Petr Horáček, introduced the fascinated children in his audience to his wonderful world of greedy goats, blue penguins, and colourful puffins.

In a unique glimpse at Petr’s creative process, he showed the beautiful apple orchard where he works – and the hungry goat who likes to eat his breakfast! Petr likes to draw all sorts of animals from horses, to geese, to mice. He let us in on the secret that he cheats sometimes when drawing.

“I can’t draw mice feet, so I cheat and give her stripy socks,” he smiles, cheekily. “That’s how clever I am!”

Petr also admits he loves to draw elephant bottoms! “I’m very good at drawing bottoms! I can draw a good bottom!” he says, resulting in a wave of laughter from children, and chuckles from grown-ups.

Petr’s stories really captivate readers with their sweet illustrations, and side-splitting writing. But he also manages to tug at the heart strings in the process. His readings of The Greedy Goat, Silly Suzy Goose, Blue Penguin, and The Mouse Who Ate the Moon left the audience captivated. Thanks for coming to Barnes, Petr! 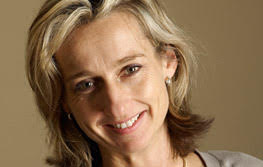 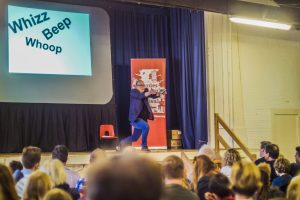 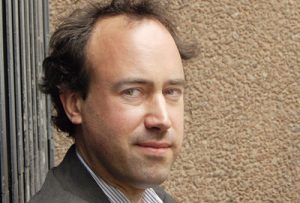 The art of Dragonsitting with Josh Lacey and Garry Parsons (P.S. don’t mention the poop)