Christopher Lloyd on Elton John, R2D2 and the difference between man and machine…

From dinosaurs to robots to your standard 30 cm ruler, the man behind the best-selling Absolutely Everything Christopher Lloyd is one of many who will be delighting us at this year’s festival. Three cheers for Chris! Christopher Lloyd is the resident expert on, well, everything. His books include The What on Earth Series and The Story of the World in 100 Species. Lloyd is coming to Barnes to delight and fascinate you about the worlds 13 billion year history, in just 50 minutes. Wow! Bring nothing but your enthusiasm and quizzical questions because if anyone can give you the answers, it’s Chris! 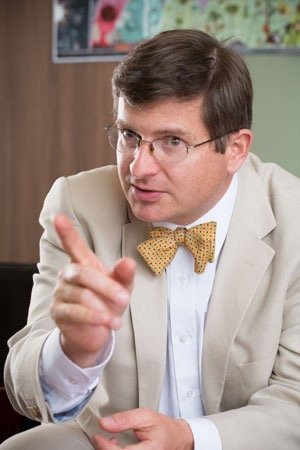 What did you want to be when you were growing up?

A steam train driver – I know it’s not a great career choice and I guess I got over the reality of not being able to be a steam train driver by about the age of 7. There is something so impressive and sensuous about all the hissing steam, the fire and the smell of the coal – it totally transfixes me every time I get to see or go near a steam train. After the age of 7 I realised I had a (small) gift for playing the piano, singing and making up songs, so the steam train thing was replaced by me becoming the next Elton John. It took quite a while to get that out of the system, I am afraid – but I am so thrilled with my career as it has turned out, even if I am not the Rocket Man I once dreamed of!

If you could time-travel to your favourite historical moment, where would you go and why?

I guess I would have loved to have spent time with Charles Darwin – maybe we could be on the Galapagos Islands together, marvelling at nature and trying to puzzle out some of the mysteries of life on Earth. The 1830’s were remarkable for all kinds of things. When I get back to London from the Galapagos perhaps I could visit the Royal Institution in Mayfair, London, and see Michael Faraday demonstrating the first electric motor. Wow!

If you had a robot, what would you call it?

I would call is ‘Dryware’. That’s because as robots get ever more sophisticated it’s really important to remember what it is that makes us human and what it is that makes a robot a robot. The giant difference between us is water – we are ‘wetware’ because all the chemistry for life has to happen in solution. No liquid water, no life. So, the robot isn’t ‘wet’ at all – it’s ‘dry’ and just to make sure there is no potential for confusion between man and machine in future, let’s use its name to remind us.

If you could invent any household gadget, what would it be?

I’d quite fancy a holophone – it would be a device, like the one R2D2 uses in Star Wars to project Princess Leia onto a table. I get so frustrated with communicating in text messages and emails that to have someone I am speaking to projected in full 3D onto my kitchen table or living room floor would be so much better. They could even come and sit on the sofa in the living room and we could chat – full facial expressions and body language included!

What’s your tip top for writers on making history fun for kids?

Connect it all together. Make the stories of the past relevant to the lives of kids today and their hopes for the future. That’s why in my timeline books I write up the stories of key moments in history in the style of a newspaper. Because it’s written as if it happened yesterday, it includes the drama and the emotion of the present – it makes you feel connected with what’s being told. The other tip is to make the voice of the narrative read like someone is saying it out loud. Storytelling began as an oral, spoken tradition thousands of years ago and it’s especially important to try to keep that voice alive if the story is being written down.

Creator of The Gruffalo, Axel Scheffler on the art of illustrating picture books 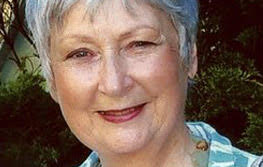 Ben Newman on becoming an illustrator