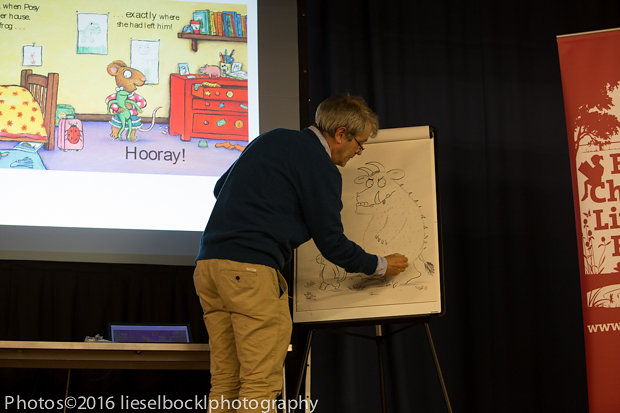 The Gruffalo illustrator talks to Arno Bryant about bringing characters to life.

Since teaming up with children’s author Julia Donaldson in 1993 to bring The Gruffalo to life, Axel Scheffler, the German illustrator, has become a household name. To date this worldwide bestseller has sold more than two million copies, been turned into a short animated film packed full with celebrity voiceovers and become a successful touring theatre production. And of course, further collaborations with Donaldson have followed.

As he walked on stage, Axel was afforded an almost rock star status. And he didn’t disappoint. The audience gained insight into the creative process which helps him turn his initial sketches into final illustrations. He also revealed the role his editors play in this process. “My original Gruffalo was scarier, with bigger teeth and claws but the editor said it was too scary,” he explained. 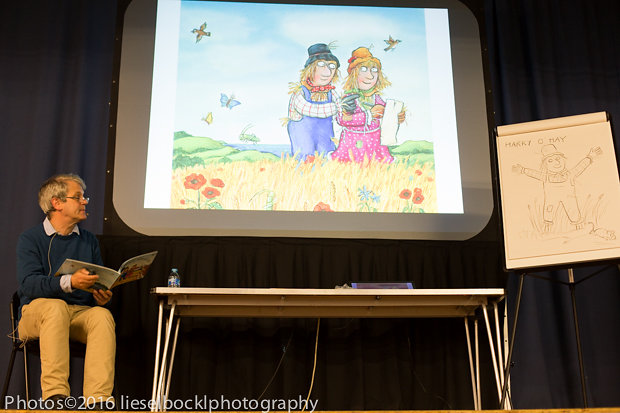 Next up, Axel gave a series of live readings which saw parents and children cheering, shouting and joining in. “This is probably the first time you’ve heard these stories in a German accent,” he laughed, before performing renditions of Pip and Posy: The Bedtime Frog, Pip and Posy: The Big Balloon, The Gruffalo and The Scarecrows’ Wedding.

The moment they were all waiting for came suddenly, with a few strokes of his pen Axel had his audience transfixed, the words came to life on paper and their favourite characters appeared before their eyes. A little bit of magic, right here in Barnes. 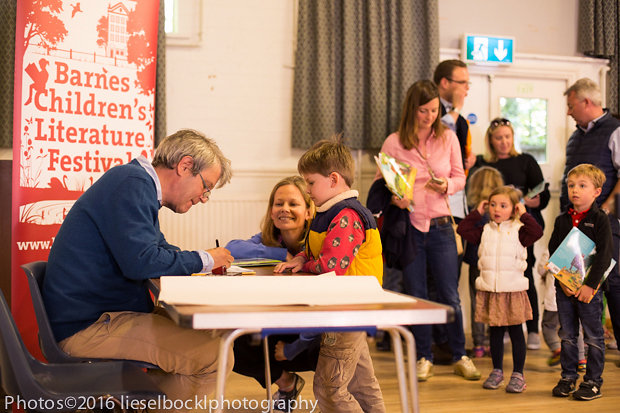 We grabbed some time with Axel after his talk to find out how his love of illustration came about.

Q: Are there any illustrators who influenced your style?

Yes, The French-German artist Tomi Ungerer, I think he was the greatest influence on my career.

I don’t have a magic formula but I always tell people to draw a lot and always at look at a lot of art, go to museums and stay curious.

Q: How long does it take you to illustrate a book?

Between six weeks and three months, depending on the detail.

Q: Did you have any idea how big The Gruffalo would get?

No, I never had any idea. The Gruffalo is everywhere, but I try not to look. 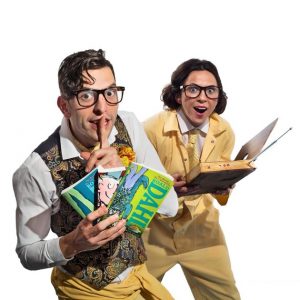 Shh, don’t tell anyone, the Imagination Seekers are on a mission to save Dahl’s words from disappearing 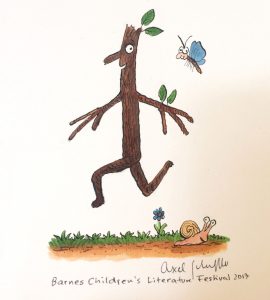 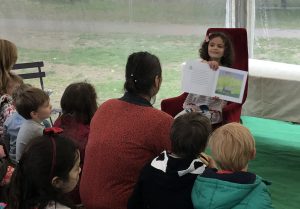